Here’s why we’ll never actually stop being a lawyer 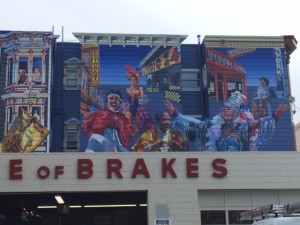 Last week I had a great conversation with an attorney who I had worked with to leave the law. He is about to begin working at a small tech start up.

While he was dissatisfied at his firm job and wanted a completely new space in which to work and was excited about this new non-law job, what was most interesting and ironic about his transition was that as he came closer and closer to leaving the law, and more and more excited about the possibility to do something new, he also found it harder and harder to let go of his identity as a lawyer.

It was difficult for him to accept that he wouldn’t be working (or viewed by others) as a lawyer … in the traditional sense.

We feel that there is still an allure to being a lawyer. We feel being a lawyer shows people that we are smart, that we make money, that we have control, that we can be trusted and relied upon.

We feel it commands respect. We feel it shows we have our act together.

So when we actually leave the law and begin to call ourselves another title, we feel we run the risk of not having people think of us in all of these desirable and respectful ways.

Here’s why: When we do leave the law behind, we get to have the best of both worlds: First, we get to do a non-law role that (hopefully) makes us happy and that we’re good at. Our Unique Genius can finally be optimized and many of the skills we have learned as a lawyer – issue spotting, communication, discipline, sage advice, upselling – can also be applied in this new, non-law job.

And second, we can still let people know that we are a trained lawyer. We are not forced to deny that we were ever a lawyer. Quite the contrary – we can retain our identity as a lawyer and gain much of the respect and stature we seek. Our new work colleagues will surely know we were a lawyer, we can say we used to practice law in our bio on our new company website and it’ll come up in conversation with new employees, clients and customers.

When we leave law behind, we can actually become the lawyer we always wanted to be.