She recruits lawyers who want a change in their life. Here are 5 things she has to say. 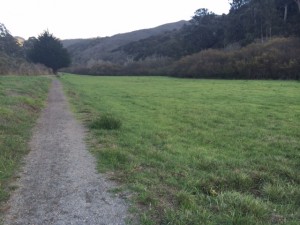 When Casey asked me to write a guest post, I thought it might be good to critically think about what is driving you to explore leaving the law. Before declaring to the world that you’re ready to leave law, it’s worth confirming whether you’re actually ready or if you’re just expressing frustration with your current situation.

While the latter is definitely the first step (and an important one), here are 5 things to consider to determine if you’re really ready.

1. Is your financial house in order yet?

However, coming in as a very close second: consider your expenses.

Many of us make the mistake of increasing our standard of living each time our salaries rise. We justify this by saying, “I work hard. Why shouldn’t I treat myself?”

I’m definitely not suggesting becoming a monk, but if you’re serious about leaving, the best way to prepare is find ways to increase the space between your paycheck and your expenses.

The reality is that most jobs will pay less than half of what you’re earning as a lawyer (especially early on).

So, the less your expenses, the more likely you can consider opportunities that make you happy rather than just other law jobs.

2. Didn’t your mother teach you not to slam the door?

I co-founded FLEX by Fenwick which provides opportunities for lawyers to work in-house in interim roles. As part of my job, I meet a lot of lawyers who thought they were done, but now want back in.

Recently, I met a woman who was so serious about never returning, she had listed her profession as “Recovering Lawyer” on LinkedIn.

But she found that the other challenges she took on (volunteering, helping with a friend’s start-up) didn’t easily replace the intellectual stimulation she got from pondering legal issues. Plus, with opportunities like FLEX as an option, she’s finding that there are new ways to be “successful” at law than working at a law firm.

Moral: Just because you’re leaving, don’t slam the door on the way out and throw away the key.

Sure, close the door behind you. But do it nicely and leave it unlocked. And preserve your relationships and networks… you might want them back.

Finally, don’t give up that bar membership. You worked hard to pass the first time. If you ever change your mind, you won’t have to study for it again.

While we’d all love to win the lottery, most of us get to our goal penny by penny. The same thing is true with your career.

While “leaving the law” seems to necessitate a dramatic exit, many successful “former lawyers” started by taking baby steps.

Don’t put so much pressure on yourself to make the perfect first move. Trust me. Your first move is most likely not your last, so ease up!

While you know this in your “heart of hearts”, it can be hard to face the reality that you’re not necessarily going to come in at or near the top.

What does that mean in practice?

You’ll probably have a lot less power over decisions, less discretion to make your own judgment calls, or not have the freedom to operate without supervision.

But don’t worry! If you’re open to learning and receiving feedback, and you’ve picked an opportunity that maximizes your strengths, you’ll naturally be back on top again soon.

Someone once told me that the grass is greener over there because they spread more BS. A bit cynical, but make sure you know what you’re signing up for.

For instance, you may not get a better work schedule. Plus, if you’re learning something new and want to progress quickly, you may have to put in more hours than before. And remember, you also just took a huge pay cut.

I’m not saying it’s not worth it. Rather, pick something that maximizes your strengths that you would be happy working just as hard a as you do now and you’ll be more satisfied.

Once you’re starting to scan job boards, remember to also check out places like FLEX or other companies in the legal industry. Periodically, FLEX and others hire former lawyers to join the internal management team. You may find that a non-legal role in a company serving the legal industry is an easy way to test the waters.

Of course, if you’ve read this article and have realized that you’re not quite ready, congratulations on being honest with yourself! Don’t lose hope. Maybe you just need to find another way to practice so you are happier so check out flexbyfenwick.com/attorneys.

One final piece of advice: before you start telling everyone to keep an eye out for a new job, consider what it will be like to not say, “I’m a lawyer.”

Sure, there won’t be any more lawyer jokes, but consider how much of your identity is wrapped up in saying, “I’m a lawyer.”

For me, it came up in an unexpected way. I was traveling internationally and the immigration form asked for my profession. AGH! What to write? It was so easy before.

If I’m not a lawyer, am I no longer successful, hard-working, or a good problem solver? Of course not.

They can all mean successful, hardworking, and great problem solvers who love their jobs. Good luck!

Alexandra (Alex) Smith is currently Sr. Director of Product and Service Development at Fenwick & West LLP and Co-Founder of FLEX by Fenwick. Alex was formerly a corporate associate at Fenwick and Latham & Watkins and “left the law” in 2005 to join Axiom Global as the first management hire in their San Francisco office. She rejoined Fenwick in 2010 and is responsible for structuring and implementing new approaches to providing high-quality legal services beyond the traditional staffing and billing models offered by a law firm. When she’s not writing blog pieces to help lawyers find their way out of law, she enjoys traveling, cooking, and taking weekend naps.