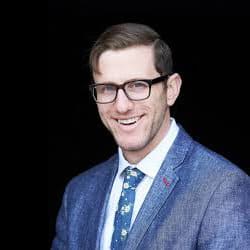 "The Leave Law Behind Program gave me the tools necessary to get out of the law, and in a way in which I could leverage my past to attain my new career. By following the Modules step by step, I was able to quickly learn and build on Casey’s leave the law concepts with minimal questions or frustration."

I was never meant to be an attorney, my intellect was better suited for telling people which horrible movies they ought to avoid, not how to navigate federal civil procedures.

I’ve spent a lot of time thinking about why I went to law school. I assume that I am not a rare case, I went to law school because I could not think of anything else to do and what the hell does anyone do with a Literature Degree? Become a barista that silently judges the reading selections of my patrons? Constantly remind people that Frankenstein was the doctor and that the monster was not called Frankenstein?

Someone suggested I attend law school and I decided to give it a go. I liked the idea of potentially making decent money, and I loved the way people responded to the news that I would be attending law school; people were finally validating my intellect.

I knew within the first month that law school, and probably the practice of the law, was not for me. The subject matter was stuffy, I was struggling to connect with my classmates, and I was the only student being lectured not to attend hearings in jeans and a t-shirt. For some reason I convinced myself that I needed to persevere, to get through this and give the practice of law a change; so I just kept making deals with myself along the way. If I pass my classes then I’ll take the bar. If I pass the bar then I’ll just see what this lawyer thing is about.

In a blink I found myself floating around the fifth year of my own law practice. In my practice I found myself doing a little bit of everything, since I did not really like any one aspect of it. The money was ok, not great since it was my own practice, and the work was not terrible; but what sort of masochist carries on when the best thing they can say about their work is that it’s not terrible? I felt stuck and fantasized constantly about leaving the law; even just to be a barista that held the patrons in contempt.

I had no idea where to go and when I told people whom I trusted that I wanted to quit they had no idea how I’d do it or why I’d want to. To my friends and family, you don’t devote yourself to the time and debt of law school to pursue something you could have done without either. I understood and let the pressure keep me in the law for five boring years. By the end I was desperate to leave, and during one of my many google searches of “I hate being a lawyer” or “how to quit being a lawyer” I came across Leave Law Behind and I figured I’d give it a shot.

Leave Law Behind did not change me, it helped me better understand what makes me successful in the work world. My legal background was not something I just had to chalk up to poor judgment or ego, instead the program helped me understand how I could better shape my experience and my natural talents in pursuit of new and non-law opportunities.

The Program then gave me the courage, the map and the tools to overcome the daunting task of taking those first steps to find a “non-law”, alternative career.

The Program gave me the tools necessary to get out of the law, and to do so in a way in which I could leverage my past to attain my new career. The Leave Law Behind Program was very well organized and conceived. By following the Modules step by step, I was able to quickly learn and build on Casey’s leave the law concepts with minimal questions or frustration. It taught me what I was looking to learn, was well organized, and well paced. And whenever I had questions, I was able to easily get an answer from Casey directly! It is a real bonus to have access to such a highly experienced professional in this field.

It helped me realize that my background was not specific to the law or even one aspect of the law but was general and exciting enough that non-law employers would be interested in my candidacy. And they were interested! I had several interviews for roles I assumed I had no business being considered for; roles that required 5-10 years’ experience in fields and professions I had never even been near. But I felt confident about who I was and they took me seriously. Eventually I landed a non-law job that I’m excited about: I left my solo law practice and now I’m the Director of Trusts, Estates and Stewardship at University of California, Santa Cruz and am loving my life. Thank you Leave Law Behind!

If I ever hit a point that I’m not excited about what I’m doing, then I have the tools and the support of Leave Law Behind to pursue change.

"I'm making more money in my new "non-law" role than in my average years as an attorney. I've actually matched my highest years' earnings!"

Be like LLB grad Michael. Learn how you can leave your lawyer job for a "non-law" career that you are good at, that you enjoy and that pays you well!