What we fear is actually what we need 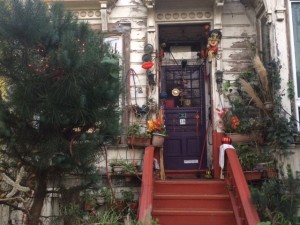 I spoke with some of the winners of last week’s post contest – they carved out time in their schedule to leave the law, sent me a picture of it on their calendar and we spent 30 minutes on the phone discussing whatever was top of mind for them. It was great.

Some were long time, active readers of the leave law behind, so they were familiar with what we discuss here.

They get the idea of planning properly to leave the law.

They knew and had spent time exploring their skills and strengths and enjoyments of their Unique Genius.

They had begun to face their fears of leaving.

They knew that ultimately they would have to “get out there” and begin speaking with people about jobs that may align with their Unique Genius.

They want to leave. They have the desire to act. They understood the process.

We talk ourselves out of it

But invariably, they also talked themselves out of leaving. As their momentum to leave grew, they would begin to riff on one of the below points, that would then end up hamstringing their motivation:

These are all valid concerns that need to be critically assessed and considered when making a life change like leaving the law. To do so is to only be responsible.

But these valid concerns are in no way valid reasons to not move forward at all.

Let’s not worry about the “how”

The concerns that many of us bring up all point to the “how” of leaving the law. We want to know “how” we’re going to plan to leave. Being risk averse and perfectionists and control freaks, we want a perfect assessment of how this is going to happen, and if in any way there is a chance of making a mistake or being embarrassed or facing the unknown, we’re going to seriously consider not doing it.

So let’s face it right now, when leaving the law, there is a chance of making a mistake or being embarrassed or facing the unknown.

And that is okay. That is inherent in doing something like leaving the law, where we are making new rules and choose to not conform.

Here are three new ways to view making a mistake or being embarrassed or facing the unknown that could help us in leaving the law:

1. Making a mistake means trying a new opportunity. If you make a mistake when leaving the law, it likely means you tried something, it didn’t fully work, you learned from it, and you either try it again, or try something else.

Mistakes are actually constructive. Let’s give ourselves permission to do them.

2. Being embarrassed means being not-totally-conforming. When we get red in the face because we try something others wouldn’t dare try, when we don’t succeed at things others warned us about attempting, when we feel like an outcast because we like something that no one else sees the value in … that means we are finally doing things (somewhat) our way.

We unhappy lawyers have been doing things “right” through high school, college, law school, at our jobs. We have done what we’re supposed to do. We have followed the rules … and we’re still not happy.

When you get embarrassed while doing something to leave the law, it means we’re finally doing what we want to do, not just what we should do.

3. Facing the unknown means embracing our fears. When it comes to leaving the law, we’re afraid of a lot of things. Running out of money. Failing our family and friends. Making a wrong decision.

And most of all, we’re afraid of what we don’t know. Even just thinking of leaving the law takes us to a territory we have heard about, but never experienced before.

But instead of being antagonistically afraid of the unknown, let’s instead collaboratively embrace the unknown. Two stories help me with this.

Years ago, a thief was to be punished in the palace in front of the king. The king offered the thief a choice for his punishment: hanged on the gallows in front of him, or made subject to whatever was behind the large wooden door down the hall. The thief thought about it, and going with what he knew, chose the gallows. As the henchman placed the noose around the thief’s neck, the thief asked the king what was behind the large wooden door down the hall. He was going to be hanged, he wouldn’t tell anyone. The king thought for a second and then motioned to his attendant, who pushed on the large wooden door, which opened to a path leading through a grassy field to the edge of town. “Your freedom,” the king answered. “But you were too afraid of the unknown to ever consider it as an option”.

I also like what E. L. Doctorow said about life and the unknown: It’s like driving a car at night. You never see further than your headlights, but you can make the whole trip that way.

We’ve come too far to be talked out of this. What we fear (mistakes, embarrassment, the unknown) is actually what we need.

[What do you fear the most about leaving the law? Email me a few thoughts at casey@leavelawbehind.com. The first two readers that do get a free 20 minute mentoring call with me.]