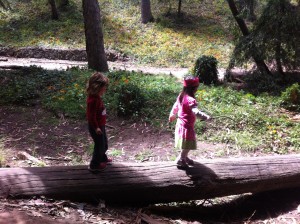 Mom and Dad beamed with admiration. Their faces were alight when they described my achievements to their friends: “he studied computer science and economics at a great university, graduated with honors from a top law school, found a coveted law firm job in D.C., and will be making a comfy six-figure salary.” Awesome sauce.

My parents emigrated to the U.S. from India in the early 70s. Their circle of friends consisted of people from the same working class background. Everyone valued education above all else because it was their means to a happy ending in America. As such, for our lovely community of foreign-born residents, academic accolades and money are everything. They are the heart and sole of all Indian conversations—which, by the way, are nothing more than mere pissing matches between each other, and by extension, each other’s children. My status and level of success was excellent fodder for my parents’ passive aggressive bragging battles. Now that I had ticked off the “school” and “money” categories, all that remained on the “good son checklist” was to find a nice Indian girl, have 2.3 kids, and purchase a house in the suburbs.

Yes, my parents were overjoyed with my accomplishments; but I must admit, even I was thrilled. At my previous job as a software engineer, I made just under $50,000 per year. But, after three short years of graduate school, I was suddenly making more than triple that paltry salary. Moreover, I would soon have my own office with a window, a firm bought laptop, a corporate AMEX, first class seats on all business flights over four hours, a glossy profile page on my firm website, and the prestigious title of attorney at law. Damn, I felt like a bona fide baller.

For the first few months of the job, I reveled in my newfound status. I started drinking scotch and eating steaks, taking weekend trips to New York and Miami, and buying whatever apparel suited my fancy. I was lucky enough to have my parents pay for my education, so I wasn’t facing a hefty loan repayment plan like so many of my colleagues. I felt empowered and privileged, fortunate and content. This was going to be my life’s pursuit, no doubt about it. I had nabbed a high paying job amidst a paralyzing financial crisis, and perseverance meant an eventual seven-figure salary. I was locked and loaded, ready to give it my all until glory was in my grasp. But there was one thing that I had overlooked, one measly question that had never been pondered. Do I actually like the work?

It seemed like such an irrelevant question three years ago. I had always been raised to aim for the highest levels of academic achievement. That meant shooting for the best schools, enrolling in the most grueling majors, and plucking the highest financial rewards possible. My sister had risen to success as a colorectal surgeon, and now I was a patent litigator. We had followed our instructions and made it to the top. The only difference between my sister and I was that she was truly happy in her field. She felt exhilaration and excitement when operating on a patient. She knew it was her passion the first time she sliced open a cadaver in medical school.

But for me, it was different. I never felt enlivened by the daily grind of legal work. I was certainly enamored by my cushy salary and the accompanying white-collar perks, but when it came to the actual work, I was wholly unfulfilled. When I first realized that the job was a mismatch for my personality, I barely gave it any thought. I simply presumed that I would feel better about the work as my expertise grew. Accordingly, I put my head down and plowed forward.

After three years of painstaking toil, I felt even more disconnected with my profession. Every time I sat down at my desk, I had to constantly force myself to focus on the work. My mind would routinely drift away, almost as though it was trying to lead me down a different path. Nevertheless, I would always lasso it back to the mundane task at hand.

One day, I decided to sit down and make a list of all the things I liked and disliked about my job. A friend of mine had gone through a similar exercise and learned a great deal about himself. It helped him refocus his energy at work so that he could be happier and more productive. When I compiled my list, it went something like this: I disliked reading patents, reviewing documents, drafting discovery requests, constructing claim charts, and so on for another two dozen items. The only two things I found fascinating were (1) taking depositions and (2) learning about new technologies. Both are important aspects of patent law, but small pieces of the puzzle. The truth was blatantly obvious: I generally detested my job.

So what was I supposed to do now? I didn’t like my profession… big deal. Most lawyers feel the exact same way. But, in spite of that nagging discomfort, they do it anyway. I felt that I had to keep going as well. After all, what would my life be like without all that money? What would my parents say if I bolted out the firm door? How would my friends and family react if I gave up? Too much was at stake… I definitely had to stay put. But maybe, just maybe, if I went to a boutique firm, my feelings would change. After all, many folks before me had made similar transitions with wonderful results.

After a month of interviews, I found an awesome firm in Santa Monica, California. It was all ex-big law attorneys who sought more freedom and greater responsibility while maintaining a similar salary. I was fired up and ready for a fresh start. But before my new job began, I decided to embark on a voyage. A bunch of my friends and colleagues had all decided to take a summer sabbatical to see the world, meet with various entrepreneurs, and reevaluate their career paths. This sounded like an amazing adventure and a perfect fit for me. At the beginning of the journey, I assumed that I would simply have a blast, learn some interesting facts about business, and then return to my legal career. Nothing could have been further from the truth.

After nearly three months of commingling with like-minded people and hearing the innumerable stories of transition and triumph, the idea of leaving the legal field no longer felt so foreign and scary. Instead, it felt doable and exciting. I was charged up and fearless, ready to plow forward. This courageous feeling is precisely what I had lacked for so long. I had never felt comfortable with taking the leap, but after hearing enough stories from people who had similarly changed course and landed on their feet, it started to seem possible. Moreover, I had finally done something that was absolutely critical to my progress: I had thought long and hard about my passions and inclinations. After a lengthy period of contemplation and discussion, I decided that I wanted to open an education based services company specializing in mathematics tutoring. I would start small, simply by assisting kids with their schoolwork, but eventually I could develop methodologies, software programs, and online tutorials. Not only did it seem extraordinarily feasible given my natural talents, it sounded like a blast!! And so, after a transformative summer, I was ready to go full steam in a different direction.

Now, I could have played it safe and worked at the law firm while building this business on the side. In fact, that’s what my parents ardently recommended. But for me, I knew I couldn’t make that happen. The law was too demanding and demoralizing. I was incapable of working all day on a case and then coming home to focus on my fledgling business. I needed to give it my all.

Now, I must admit that I am luckier than most. My parents paid for my law school, so I have savings that I can fall back on. Even though the idea of living off my cash reserves was unsettling, I knew it was the right choice for me.

So, just like that, I cast off the legal shackles that bound my wrists for nearly four years. I poured myself completely into my new venture and haven’t looked back since. The amazing part about going all in is that your mind suddenly starts popping and fizzling with a multitude of ideas. I think about my business all the time, and as such, my mind is constantly working behind the scenes to innovate and expand. I have never been so productive in my life, and I can’t wait to see how everything unfolds. I love my life now, and couldn’t care less about the money. I’d much rather cook all my meals and cut out my weekend trips so that I can wake up everyday excited about my work related to-do list.

This guest post was written Big Law Rebel, a Leave Law Behind reader who is an entrepreneur and writer. He launched an education based services company that specializes in mathematics. He is also the creator of a law related blog (www.biglawrebel.com) that focus on the following three topics: (1) stories from his big law glory days, (2) chronicles of his current journey as an entrepreneur, and (3) advice for those seeking to exit the law. He graduated from the University of Michigan with a degree in computer science and economics, worked as a software engineer for three years, and then attended law school at Northwestern University. He worked as a patent litigator from 2009 until September of 2013 for several Big Law firms.