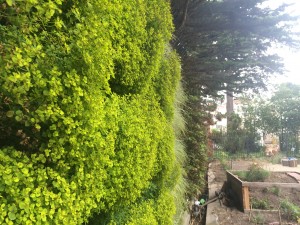 For so long, we were normal. Ever since we could remember, we got good grades. We did well at our extracurricular activities. We had energy, independence, ambition, goals.

We happily did what we were told. We pleased most everyone. We were liked. We moved through life at a nice clip. We had a plan.

And now as practicing attorneys … well … this isn’t always the case. Just like that, we’re kind of now the odd ones out.

We’re not ourselves. Our confidence as an attorney, and as a person, is lacking. Our direction seems off. Our sense of hope is not strong. We may even feel desperate. We’re down.

We feel our schedule is no longer our own – we know too well that pit in our stomach when the partner hands us that assignment on a late Friday afternoon.

We feel we’re not good at some essential aspect of our job – we feel that we’re weak negotiators or we really hate to litigate or we’re horrible at managing a trial calendar or we just can’t build up a client base or we just can’t cite case law like we feel we should, and yet our job requires us to do this, day in and day out.

We don’t feel comfortable around clients – we may be introverted or just quiet or we feel anxious advising them because, really, we don’t feel we know what we’re talking about.

We feel tremendous pressure to keep up with the law – but we just can’t handle keeping up with the changes in the law or our research skills aren’t the best or we just don’t care enough to be up to date on every aspect of the law … but then we feel nervous that we might be missing something, and our brief won’t be that watertight and our work product won’t be that good and then we could be looked down upon or reprimanded or fired or worse yet sued for malpractice.

We view our life now in 6 minute increments – we are resigned to the fact that billable hours is how we measure our self worth and progress through a year, even though we know there are so many other ways to measure success.

And on and on and on. So much misalignment with our jobs as attorneys. We are confused and wonder how we got here.

But wait. Wait a minute.

Maybe now is the time for us to go a bit crazy. Just a bit. Hear me out.

Maybe now is the time for us to just set our gauge off a bit. We’ve been on a straight path for so long, and maybe our bodies and mind and spirit are calling for us to adjust course slightly.

Not to be crazy to jump with no net. Not to be discourteous. Not to disconnect from our loved ones. Not to retreat from society. Not to be harmful to ourselves. Not to be irresponsible.

But to be crazy to think just of ourselves for once. To let our skills and strengths and enjoyments (and not stature or prestige or money or title or because-we-should) to inform what our professional steps should like. To listen to our inside voice. To read more into coincidences.

To be crazy to make money off selling something we love. To be thought of as an expert in a certain area. To be interviewed. To be read about. To be followed. To be admired.

To be crazy to be courageous. To be motivated.

The crazy ones are the ones who help the world, for themselves and for others.

Let’s be crazy. And let’s do it together.