Real life stories of lawyers who have left the law

Do you want to perform some due diligence on whether leaving the legal industry for an "alternative" career is right for you?

Enter your name, email, and phone number below and we'll direct you immediately to our free Leave the Law Resource Library, a tool we've painstakingly put together to help you make that determination. 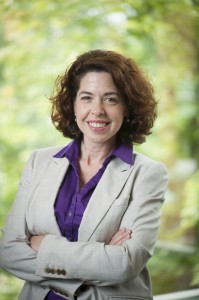 When Casey asked me to write a blog for Leave Law Behind, I asked myself what would be most helpful to the LLB community. Having interviewed hundreds of former lawyers, and profiling 30 of them in my book, Life After Law: Finding Work You Love with the JD You Have, I thought it might be helpful to offer some specific, practical, realistic advice on how to leave the law for a more rewarding career. I hope these guidelines will help get you through what is rarely a simple or straightforward process.

First, let me tell you a bit about me. In 2009, I was a partner in an international law firm and had been in private practice for a dozen years.   Although I enjoyed law at first, as my 20s became my 30s, I found litigation more and more draining. It took having my daughter for me to finally take a somewhat blind leap out of my firm. Despite being miserably sleep-deprived, my maternity leave was the most fun I had had in years. As I developed my new career after a few false starts, I learned so much from interesting ex-lawyers all over the country that I decided to write the book I wished I had had when I was trying, and failing, to leave law behind.

Life After Law tells the detailed stories of more than 30 successful ex-lawyers who have moved into a wide range of fields, from entrepreneurship to psychotherapy to media management.   All of the ex-lawyers I know with who have transitioned to a better Act II have the following things in common:

1. They use the skills they’ve loved using for years. Every ex-lawyer profiled in Life After Law found new and lucrative way to use the skills they love using. Importantly, these aren’t always the skills they were praised for when they were lawyers. You can be good at something you don’t truly enjoy, and those skills aren’t a promising foundation for a career you love. Instead, to help identify what I call your “preferred skills,” think about what gives you the most joy, makes you feel most alive, and gives you a sense of purpose and excitement. What comes to mind? Even generalities can help get you started.

Most lawyers are drawn to some corner of practice based on their inherent interests, falling into one or more of these categories: writers, analysts, healers, consultants, and advocates. Other lawyers are entrepreneurs, artisans, or teachers at heart. These skill sets can help point you toward your next career. Life After Law groups the stories of happy ex-lawyers according to these eight skills sets so that you can see how other people with those interests reinvented their work lives.

For example, if you like analysis, you might want to follow ex-lawyer analysts like Meredith Benedict, who became a health care strategist, Alison Ranney, who became a recruiter for non-profit institutions, or Christopher Mirabile, who co-founded one of the largest angel investor networks in the United States.   Ex-lawyers who liked the consulting aspect of law include Greg Stone, who owns a successful media company, Lisa Montanaro, a productivity consultant and life coach, and Susannah Baruch, who created a public policy consulting career that also lets her spend time with her children.

2. Their first step away from law wasn’t their last. Most transition stories are at least a little messy in retrospect. Few happy ex-lawyers come up with their dream career while they are bogged down at work they don’t enjoy, especially time-intensive work. More often, it takes some time away from that pressure, and some experimentation, before you find the new career that really makes you tick.

For example, before Valerie Beck started Chicago Chocolate Walking Tours, she left her firm to become a Mary Kay salesperson. She used both the negotiating skills and contacts she developed in law and the small business skills she learned in sales to launch a company that eventually expanded to several other major cities.   I became the executive director of an investment group focusing on women-owned businesses and flirted with development before realizing, through adjunct teaching, that I really wanted to go into academia instead. The road to your next career may not run in a straight line.

3. They’re so glad they left. Really. Every single one of them. Think about it. Have you ever met someone who regretted leaving the law?

Managing the financial aspect of leaving the law can be challenging, but it is doable. The process of transitioning to less income, and the change of identity and sense of personal loss that can entail, if often harder than actually living on less (which, of course, most non-lawyers do). If you’re still in practice, my advice is to reduce your expenses as much as you can. Figure out what you need to live on, realistically, and aim for that as a minimum salary. If you can find a way to part company amicably with your law job so that you can collect unemployment and get bridge health care until you get a new job, there is no shame in that. You may also find that your new career is less expensive. You may no longer need so much, for example, in the way of fancy suits and recreational shopping.

I’ve used these principles myself, moving from partnership in an impersonal international firm to – eventually – my dream job of teaching undergraduates and MBA students at a university near my home town.   I still use the research, writing, mentoring and public speaking skills I loved using as a lawyer, but have ditched the adversarial life and my billable minimum (for which my family is grateful). There are hundreds of thousands of happy ex-lawyers out there, and it is absolutely realistic for you to join them no matter where you are in the process. You’re never too smart or too successful to start a career you love.

Liz Brown is the author of Life After Law: Finding Work You Love with the JD You Have and an assistant professor at Bentley University, which does not have a law school.   A former litigation partner, Liz is also the former Executive Director of Golden Seeds, the largest source of angel funding for women entrepreneurs.   She is a graduate of Harvard College and Harvard Law School.